Do not turn on the ignition or start the car. It is much less common to put diesel in to a petrol car than petrol in to a diesel, This is because the standard diesel nozzle is larger than the fuel filler neck on petrol cars – the simple fact that the filler neck won’t accommodate the diesel nozzle means you have to be pretty determined to mis-fuel your petrol car with diesel. If this should happen, call Wrongfuels and our Rapid Response Unit will be on-site to assist you, Fast.

Generally, a small amount of Diesel in your Petrol car should not damage the engine, as long as you have not turned on the ignition or started the engine. If you’ve added more than 5% of Diesel (2.5 litres in a 50 litre tank). The fuel tank Must be fully drained out and replenished with fresh petrol. If you’ve added less than 5% diesel – You could fill the fuel tank to the max with petrol (at your own risk), With little chance of causing any lasting damage. Unless your manufacturer’s warranty (should you have one) says otherwise.

Q– I’ve put Petrol in my Diesel car what is the potential damage?

Diesel engines have fuel pumps that work on very fine tolerance at high speed and are lubricated by the actual diesel fuel itself. Petrol mixed in diesel acts as a solvent – it dissolves the active lubrication in the diesel which could cause major damage to many internal components including the high-pressure fuel pump through the sheer metal to metal contact.

Some advanced fuel system seals can be affected by the compounds in petrol too. As a rule of thumb the further the contaminated petrol goes in the diesel fuel system the more expensive the repair costs will be. Some manufacturers advise that seals and filters should be renewed even if the engine has not been run. This particular remedial action will not be nearly as expensive as having to replace the entire engine.

The more modern common rail diesel systems are particularly vulnerable – if petrol works it way in to the high pressure fuel pump, the metal to metal wear creates heat & debris, if this gets further in to system you may also have to replace the high-pressure fuel pump, injectors, fuel rail, line filters and the fuel tank too. This shows what a nightmare can be created by the simple act of putting the wrong fuel in your car.  Many diesel engines use a low-pressure electric pump in the tank or sender unit and this begins to work as soon as the ignition is switched on, circulating the contaminated fuel through the pump and rail – so if you’ve put the wrong fuel in your car it’s important not to turn the ignition on and the engine must certainly not be started.

DUE TO THE NATURE OF INCORRECTLY FUELING A VEHICLE, WRONGFUELS REFUSE TO GIVE ANY GUARANTEE / WARRANTY OR UPHOLD ANY LIABILITY CLAIM MADE AGAINST THEM WITH RESPECT TO FUEL DRAINING WORK.

THE OWNER / DRIVER OR PERSON RESPONSIBLE FOR INCORRECTLY FUELING THE VEHICLE, MUST ACCEPT FULL LIABILITY FOR ANY DAMAGE CAUSED BY THEIR MISTAKE. REGARDLESS IF THE ENGINE HAS OR HAS NOT BEEN STARTED.

When the fuel tank is drained and all contaminated fuels removed, We  replenish the tank with up to 10L of fresh fuel, Then work on re-starting the vehicle.

If in the event engine damage Has occurred and / or the engine will Not Start or Starts with obvious running issues. We will be unable to offer any further assistance! This job will no longer be a roadside repair, The vehicle will need to be up lifted and taken to a garage for further diagnosis.

It’s the responsibility of the Owner / Driver / Person in charge of the vehicle to pay our fees in full and arrange to have the vehicle removed.

If in the very unlikely event we are unable to drain your vehicle, We will NOT take payment. 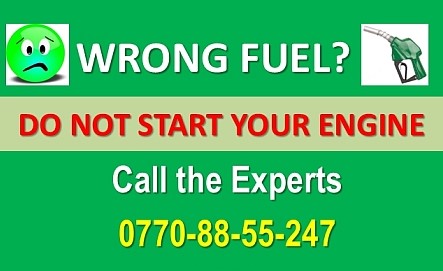 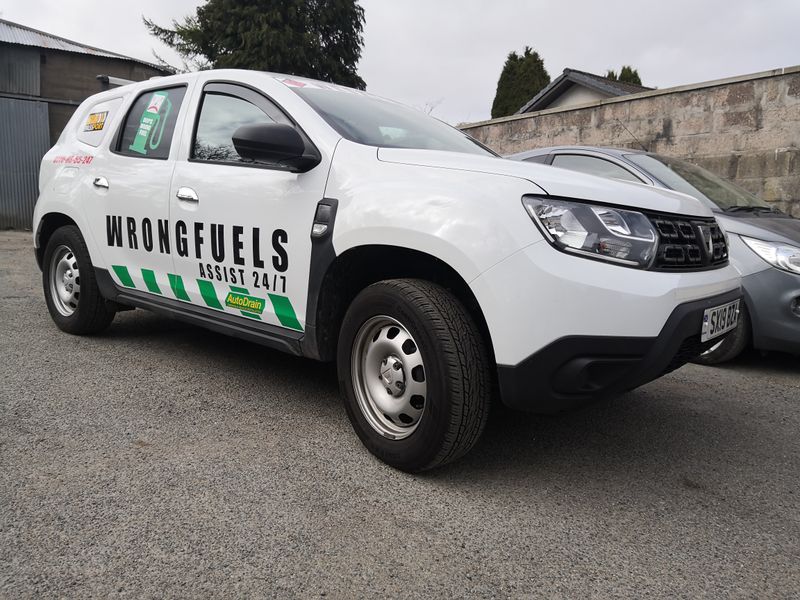 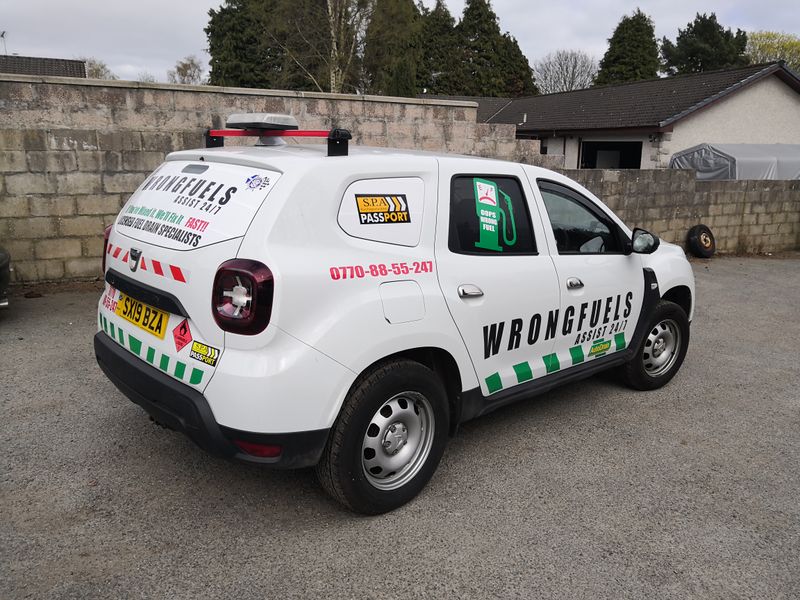 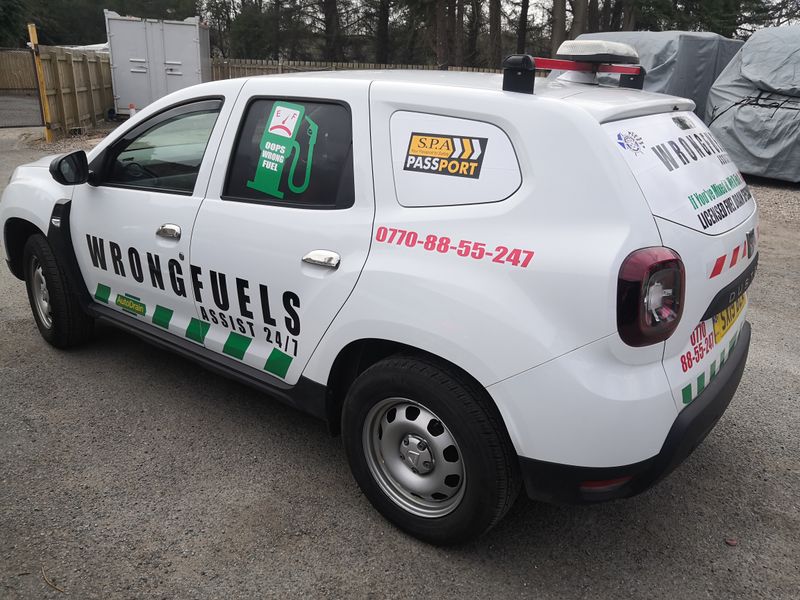 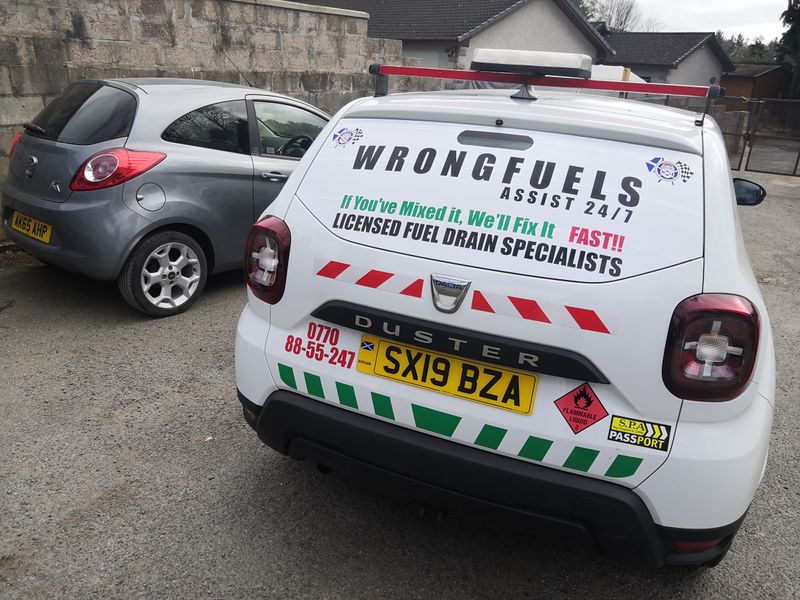 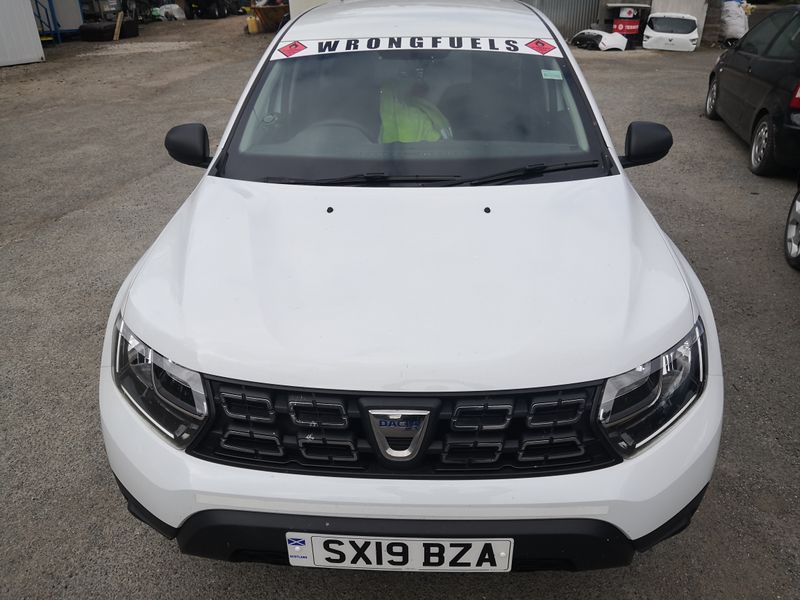 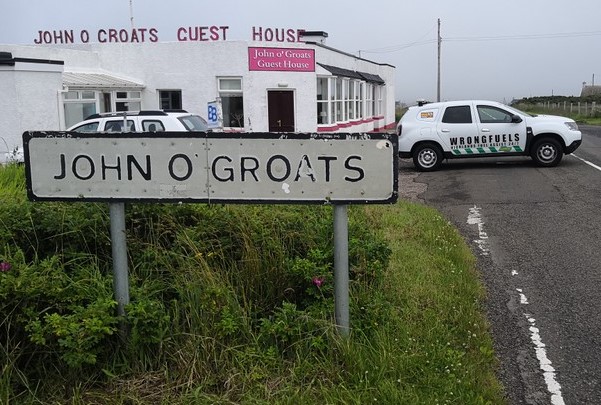